Create your own fundraising event. Click Here to begin 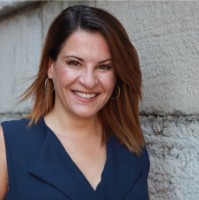 Angie is a multi-sector corporate and community partnerships leader serving at the City of Toronto, in the Office of the CFO as Lead for Women4ClimateTO. Angie joined the Toronto public service in 2015 and has led complex cross-divisional files such as the City’s 1st proposal for the Federal Smart City Challenge, a free public Wi-Fi pilot project in City-owned shelters, and delivered and executed an innovative corporate partnership strategy for Canada’s 150th birthday festivities. Angie spent the majority of her career in progressive roles in the private sector leading community investment, business development, and award-winning marketing teams, campaign and special projects with Rogers Communications (wireless and media divisions), Anheuser-Busch Companies, and Rothmans, Benson, and Hedges. A city-builder, Angie’s personal passion projects have included volunteer leadership roles with Diner En Blanc Toronto, TEDxToronto, in/future music & arts festival at Ontario Place, and Toronto 4 Everyone and the Honest Ed’s closing festival to name a few. Angie is a long-standing member of the Portuguese Cultural Centre of Mississauga where her late father served for decades and, her mother and brother currently help to direct their globally recognized folklore groups. 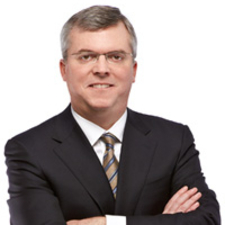 Chris’ law practice of over 20 years encompasses estate, trust and tax planning and related administration and litigation. He acts as an independent mediator for wealthy families on estate disputes. Chris is often requested to act either alone or with a clients’ family members as attorney for property, estate trustee under wills, or as trustee under family trusts. Chris assists business owners with succession planning strategies and implementation, estate freezing, corporate reorganizations, corporate counsel (including partnership and shareholder agreements), advising on domestic and international tax issues and compliance matters, assistance with the Canada Revenue Agency, technical interpretation requests under the Income Tax Act (Canada), advance income tax ruling applications, and dispute mediation. 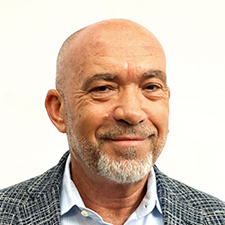 Manuel founded Viana Roofing and Sheet Metal in 1984, which is a construction and restoration company undertaking industrial, commercial and residential work. Currently, he employs over 100 staff, who are mostly of Portuguese backgrounds. Furthermore, he founded the JDC Property Management Group in 2001, a developmental and property management company. The company oversees the construction of management of commercial and residential buildings, including condominiums and residential properties. In 2011, he founded SIT Properties to develop and manage commercial and residential properties, with emphasis, also in the entertainment industry. Manuel is the original founder and builder of the Portuguese-Canadian Walk of Fame, which was created to recognize Portuguese- Canadians, who have made substantial contributions to the enhancement of Portuguese culture within Canada. Recently, the Portuguese-Canadian Walk of Fame celebrated its 7th year. 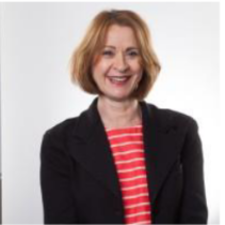 Irene graduated with an Honors Bachelor of Business Management from Ryerson University, and was the recipient of the Don Beam Award for general academic proficiency and outstanding contribution to the Business Administration Program. She qualified as a Chartered Accountant in 1982 and is a Member of the Institute of Chartered Accountants of Ontario. Irene has been the Chief Financial Officer of the Mississauga South Liberal Riding Association since 2017 and was the Chief Financial Officer for the Lawrence Liberal Association and for its Candidate/MPP. In the past, Irene was a board and executive member of the Federation of Portuguese Canadian Business and Professionals and for Brands for Canada. Now, Irene works at the MNP LLP. 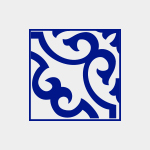 John is a real estate lawyer in Toronto whose practice involves real estate acquisitions, dispositions and financings. He has been a director of the Federation of Portuguese Canadian Business and Professionals, the Portuguese Canadian Lawyers Association, and a number of other community organizations. Most recently, John served as a director on the board of the Deposit Insurance Corporation of Ontario, until its merger with the Financial Services Regulatory Authority of Ontario. John is a graduate of the University of Western Ontario and Oxford University. 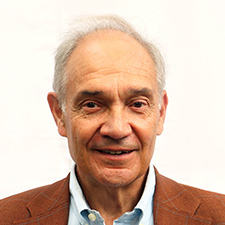 Vitor is Vice President and Treasurer of Romspen Investment Corporation. With a $3 billion portfolio Romspen is one of the largest non-bank providers of mortgage financing for real estate projects in North America. Previously he was Chief Operating Officer of Retirement Life Communities, Inc., a privately-owned developer, and manager of retirement homes.
Currently, Vitor is also chairman of the audit committee of Canntab Therapeutics, Inc. (medical cannabis) and Nuran Wireless Inc. (telecommunications), both publicly traded companies. He previously served as chairman of the audit committee of Enwave Energy Corporation, a Toronto-based district energy company owned by the City of Toronto and the Ontario Municipal Employees Retirement System (OMERS) and of Mission Ready Solutions Inc., a publicly-traded supplier of specialized equipment and services to the US military.
Vitor earned an MBA from the Rotman School of Business at the University of Toronto, is a graduate of the Institute of Corporate Directors of the same University and is also a member of the Institute of Chartered Accountants of Ontario. 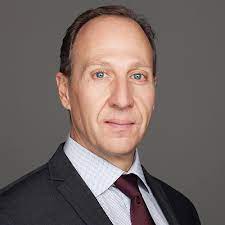 Ulysses has founded Presteve Foods in 1979, and is the leading, vertically integrated harvester, processor and distributor of wild-caught, freshwater fish and other specialty seafood in North America. Since May 2015, Ulysses partnered with Purewater Foods of the Founders Group of Food Companies in order to provide resources to further expand the company. Ulysses remains active in the company as its executive director and as the driving force in building new sources of supply. Ulysses has also contributed many hours of support and collaboration in the Portuguese community, in support of new immigrants and executive member of the Federation of Portuguese Canadian Business and Professionals. 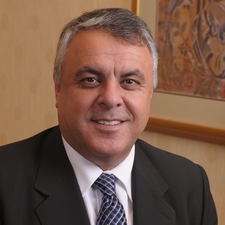 Jack began in the Masonry Industry in 1983 and from 2008 to 2014, he was President and/or Director of Masonry Contractors Association of Toronto. From 2011 to present, he was Chair of and/or Director of Masonry Worx. In 2011, he founded Senso Group Building Supplies, a supplier of masonry, landscaping and drywall materials serving the GTA. Jack was the publisher of the Portuguese Post Newspaper and is currently publisher of the Senso Magazine. From 2006 to 2007, he was a Director of the Local Health Integration Network (LHIN). Jack was also a Member of the Peel Police Services Board from 2017 to 2019. He was on the board of MPAC from 2015 to 2017. Jack is Chair of Community Living Mississauga’s Tribute Dinner and President of Luso Canadian Charitable Society. Jack is a recipient of both the Queen’s Golden and Diamond Jubliee Award and the Ontario Medal for Good Citizenship. Jack was also awarded the Order of Portugal-Commendador in 2010.

Elizabeth is a public policy professional who currently serves as Public Policy Associate at Airbnb Canada. From 2013 to 2016, Elizabeth was the Senior Policy Advisor for Ministry of Finance in Province of Ontario, and from 2016 to 2018, she was the Director of Policy & Budget for the Ministry of Finance in the Province of Ontario. Elizabeth provided strategic advice to the Minister and Chief of Staff as well as liaised with the Premier’s Office, Deputy Minister’s Office, and ministry staff to coordinate the work of the ministry and deliver on the Minister’s mandate. She also played a key role in the development of the Government of Ontario’s Budget and Fall Economic Statement. Elizabeth is an active member of the Portuguese Canadian community. Elizabeth was also a member of the Board of the Portuguese Canadian Walk of Fame Board of Directors, which honours those of a Portuguese background who have made an impact and significant contribution to the advancement of Portuguese Canadian Culture in Canada. 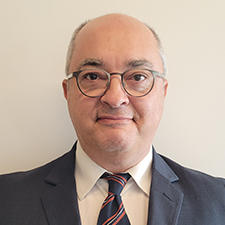 Sergio Ruivo is a Chartered Accountant and Licensed Public Accountant with more than 30 years experience in public accounting, industry and management and tax consulting. He has spent several years within industry in senior financial roles, before moving into the commodity sales tax consulting field and returning to the practice of public accounting, primarily serving the needs small to medium sized businesses, in particular businesses in the Portuguese and ethnic business communities.

Sergio is a past President, Treasurer and current Vice-President of the Federation of Portuguese Business and Professionals (FPCBP) and has been on the boards of various other community organizations over the years.  His combination of business experience and professional expertise in accounting and taxation ensure that the maximum level of value and insight is delivered to every client interaction.  He is focused on bringing a high level of professionalism to his practice and ensuring that his clients achieve sustainable long-term success within the broader Canadian business context. 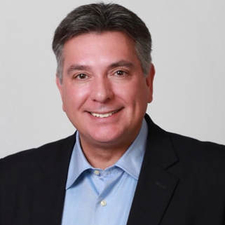 Charles is the former Minister of Finance and Member of Provincial Parliament for Ontario. Charles delivered six budgets and oversaw nine agencies including LCBO, OLG, OSC and WSIB, four of the largest entities in the country. He was also President of Treasury Board, Minister of Citizenship & Immigration, Minister of Labour, and lead the Toronto 2015 Pan-Am Games. Prior to entering politics, Charles enjoyed a 20-year commercial banking career with RBC Royal Bank; and, he owned & operated an asset based lending firm. Charles earned an MBA from Ivey School of Business at University of Western Ontario, an Honours BBA from Wilfrid Laurier University, graduated top of class as a Fellow of the Institute of Canadian Bankers and attained his ICD.D at the University of Toronto Rotman’s School of Business’ Directors Program. Among his many awards, Charles received the Order of Portugal and Queen’s Jubilee Medals.

Executive Team
About Us
Font Resize
Accessibility by WAH 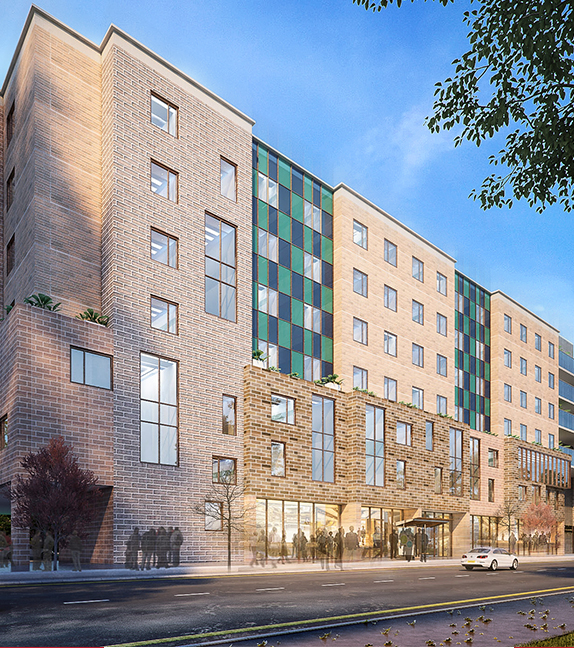